Visit to the Underground Railroad Museum 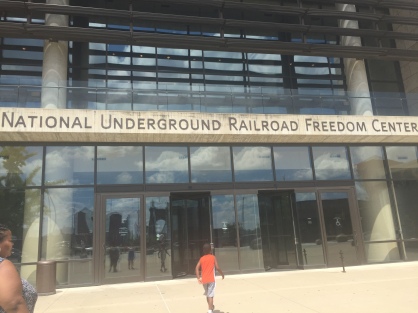 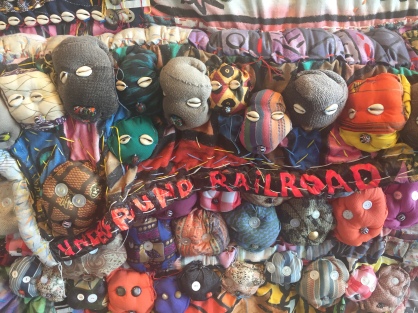 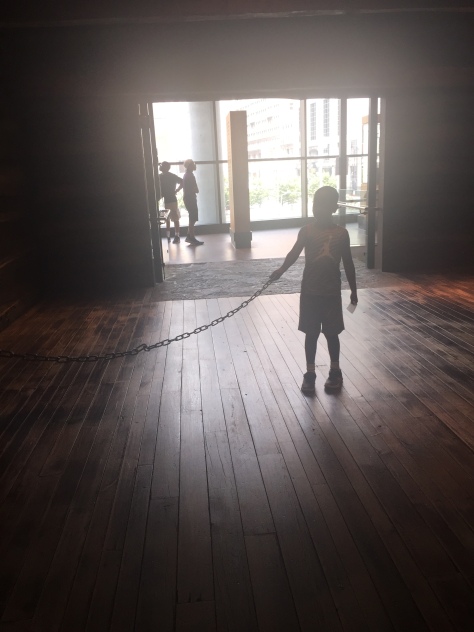 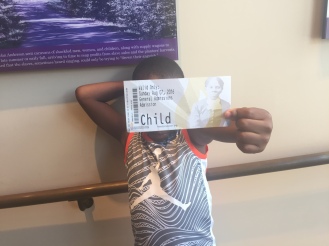 This summer I had the opportunity to travel to Kentucky with my son and my mom to visit family. While there on the border between Ohio (free state) and Kentucky (former slave state), We visited the Underground Railroad Museum to learn the rich history of slavery and freedom in the land.   At the museum there’s a exhibit on Henry “Box” Brown, a former slave who placed himself inside of a cargo box in the south and had himself mailed up north. In the exhibit there is a replica of Henry’s “Freedom Box” which Terrence playfully climbs into. Immediately, I am uncomfortable seeing him in this box and all the images of enslaved Africans flash across my mind and are being embodied by the flesh of my own African descendant in this moment. While trying to explain to my 7 year old the meaning and significance of the cargo box—how difficult the trip would have been for someone, all of the physical discomfort, and the literally life-threatening fear Henry must have experienced—  a white patron interjects and interrupts this heart-to-heart moment between a Black mother and child by whitesplaining to my son what the box means (as if what I shared with him was inaccurate). While in the middle of her whitesplaining,  she pulls out her camera, and asks to take a picture of my son in the box. For a second time, she addresses him instead of me–he, being polite,  says “yes” and and I interject and say “No she can not.” Then I demand Terrence “get from out of there.” Sensing my annoyance, she  backs off. I’m like WTF?! Seriously, my son is no my a part of this exhibit!! We are not for your entertainment or awakening.

After dealing with her, then I have to deal with my son who’s now interrogating me about why I wouldn’t let her take a picture of him and he accuses me of being rude. So I have to explain to him that I never want him or anyone to romanticize slavery and that I won’t allow him to be used as a tool in some other person’s historical reflections on slavery. #notyourmuseumexihibit

There was an error retrieving images from Instagram. An attempt will be remade in a few minutes.