In the Turmoil Over Race and Policing, Children Pay a Steep Emotional Price

Black children are witnessing violent acts against Black lives and are experiencing post-traumatic stress–How do we help our children to process and heal from this trauma?

In the past week alone, there was the 4-year-old girl in Falcon Heights, Minn., who was captured on video consoling her mother after they watched a police officer shoot the mother’s boyfriend through the window of a car. And there was the 15-year-old boy in Baton Rouge, La., who sobbed uncontrollably in front of television cameras after the similar shooting death of his father.

Then there were the four brothers, ages 12 to 17, whose mother was shot by the sniper who opened fire on officers in Dallas on Thursday night while the family was protesting police violence against blacks. The mother, who survived, threw herself atop one boy, as the others ran for their lives.

“Again and again, children are finding themselves enmeshed in the country’s roiling debate over police treatment of African-Americans. The close-up views of violence, obviously traumatizing, are giving rise to a generation of young people who distrust authority, grow up well before their time and suffer nightmares that seem too real.” 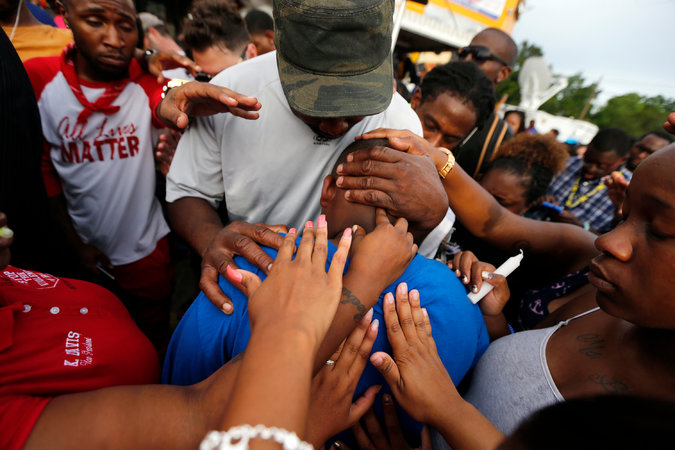