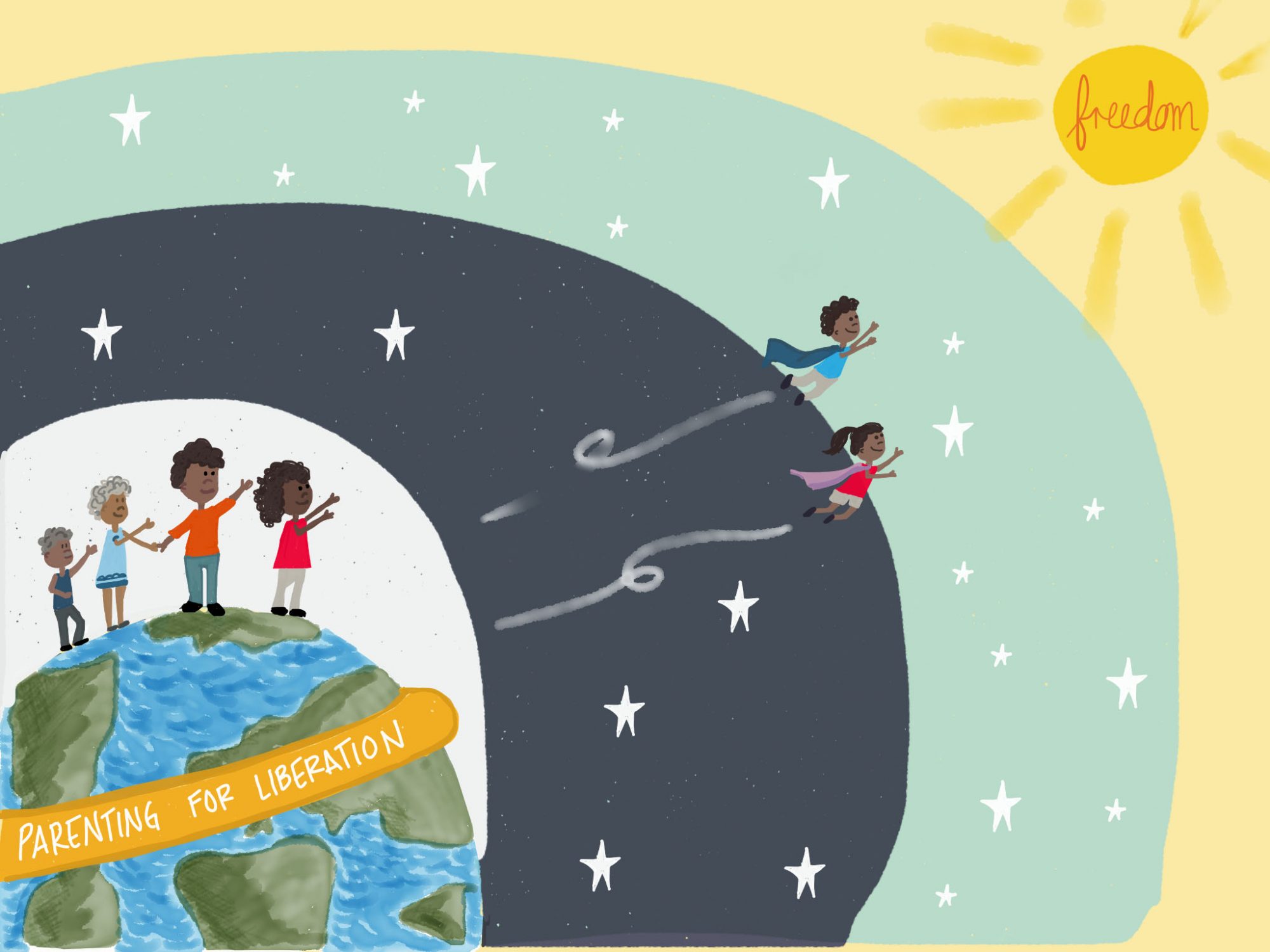 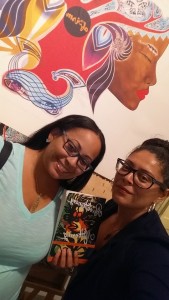 During the Q&A session, I waited until the last chance, reluctantly raised my hand, and shared my struggle with raising a Black boy and requested insights on how to transition from fear-based parenting to liberated parenting. That has been a question that I have been chewing on for the past  year, especially with the increased and heightened visibility of Black children being gunned down. And it was Mai’a’s answer to my question that struck me. In a honest, direct, and matter-of-fact way Mai’a shared “the world is not safe” and she invited me into that reality. She continued reflecting that once I knew the world was not safe, and that I couldn’t protect my son, that I could be more liberated and free in my parenting. That quick response from Mai’a made me want to be in a deeper conversation with her–how does she approach her parenting within the reality of an unsafe world? After the panel, I introduced myself and asked her to interview for the podcast. She graciously accepted the offer.

Click below to listen to our ripe discussion, as we explored pieces of her writings and Mai’a shared her radical mothering principles when it comes to safety, boundaries, resiliency from trauma. 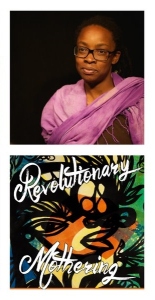 Mai’a Williams is the creator and director of Water Studio, which supports and co-creates with underground community artists and revolutionaries in Cairo, Egypt, and she organizes with the Revolutionary Youth Councils of Cairo, which were among the leading forces during the 2011 ouster of Mubarak. It was her living and working with Palestinian, Congolese, and Central American indigenous mothers in resistance communities, that initially inspired her to become a mother and continues to guide her as she practices this life-giving work called radical mothering. Her essays, short stories and poetry have been published in make/shift, Mamaphiles, Tenacious, Popshot, Woman’s Work, Lilith Devotional, and Colored Girls. She is the instigator of the Outlaw Midwives movement, zines, and blog, which shifts the discourse around birth, life, death, and healing by offering a vision of radical empowerment and accountability. In 2008, she published the anthology Revolutionary Motherhood, a collection of writing and visual art about mothering on the margins, which became the inspiration for Revolutionary Mothering.

ABOUT REVOLUTIONARY MOTHERING: LOVE ON THE FRONT LINES

Inspired by the legacy of radical and queer black feminists of the 1970s and ’80s, Revolutionary Mothering places marginalized mothers of color at the center of a world of necessary transformation. The challenges we face as movements working for racial, economic, reproductive, gender, and food justice, as well as anti-violence, anti-imperialist, and queer liberation are the same challenges that many mothers face every day. Oppressed mothers create a generous space for life in the face of life-threatening limits, activate a powerful vision of the future while navigating tangible concerns in the present, move beyond individual narratives of choice toward collective solutions, live for more than ourselves, and remain accountable to a future that we cannot always see.Revolutionary Mothering is a movement-shifting anthology committed to birthing new worlds, full of faith and hope for what we can raise up together.

“Revolutionary Mothering: Love on the Front Lines is juicy, gutsy, vulnerable, and very brave. These women insist on having their children in a society that does not welcome them, in a world that is rapidly falling apart. Their dream for their children, based on their love of them, encompasses the sorrow and the joy that mothers everywhere, whether human, animal, or plant, feel at this time. A radical vision, many radical visions of how to mother in a time of resistance and of pain.”
—Alice Walker, Pulitzer Prize-winning author and activist

“This is the book for readers who know mothering is not just about a baby and a mother or parents in an isolated suburban nursery, but that mothering happens in a context of generations, a context of racial history, and in a spiritual context; that it takes place from the shore line to the front line, in times of scarcity and abundance; that it is queer and love-filled. Here, revolution, love, and mothering are an inseparable unity.”
—Faith Holsaert, coeditor of Hands on the Freedom Plow: Personal Accounts of Women in SNCC 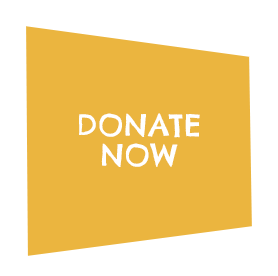